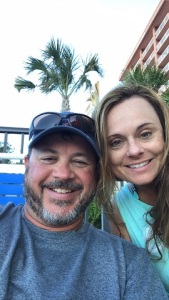 As the president of South Central Steel (SCS), company owner Andy Schroeder draws on two decades of experience in engineering and construction. He began his career as a graduate of the finance program at Auburn University, having previously studied engineering at Virginia Polytechnic and State University (Virginia Tech). Future SCS owner Andy Schroeder held his first professional position as an account manager with BE&K Engineering, where he served for several years before taking on the role of regional sales manager in LAW Engineering’s Birmingham, Alabama, office.

In his six years with LAW Engineering, Mr. Schroeder added a number of new service lines and doubled the size of the Birmingham office. He left LAW when he was recruited by Capstone Development/Direct Development to serve as a project development manager. In that capacity, he oversaw the completion of major initiatives across the country.

After subsequently working for DEC Construction as the director of sales and project management, Mr. Schroeder joined SCS as its vice president. He rose to the position of president after two years and, since that time, has overseen the distribution of fabricated structural steel products to a diverse portfolio of commercial development clients.